Small state at the heart of Europe

Despite its small size, the small country between Switzerland and Austria is a sovereign state that has concluded numerous treaties with its neighbouring states on matters relating to the economy, education, transport and culture. The Principality is also well-connected internationally, via its active membership of the United Nations Organization (UNO), the Council of Europe, the European Free Trade Association (EFTA), the European Economic Area (EEA), the Organization for Security and Co-operation in Europe (OSCE) and the World Trade Organization (WTO).

Liechtenstein has a highly developed industrial sector, the products of which are exported throughout the world. The financial centre has expanded from a banking centre to an international financial services centre with investment institutions and insurance companies, which meets the highest standard of expertise, security and diligence.

System of government and public authority

Prince Hans-Adam II is the 13th Prince of the House of Liechtenstein. He became Head of State in 1989 after the death of his father, Prince Franz Josef II. Since 2004, however, Hereditary Prince Alois has been conducting the affairs of state as his deputy; but the Prince remains the Prince.

In view of the smallness of the country, there is no classic federal government structure with federal states or cantons. However, Liechtenstein has two constituencies: the Oberland corresponds to the former Earldom of Vaduz, the Unterland to the historic Barony of Schellenberg.

The government structure also includes the country’s 11 municipalities, which have their own political authorities and their own administration. Politically the municipalities are run by a mayor and a local council, which, depending on the size of the municipality, has between six and 12 members. Even at municipal level citizens have the right of initiative and of referendum.

The Liechtenstein economy has a very widely diversified structure. It is not just the internationally focused financial centre that is significant for the national economy; the industrial sector is also able to compete in the world markets. Manufacturing is mainly focused on the domestic market and the neighbouring region of Switzerland.

Liechtenstein’s economic rise after the Second World War is often referred to as a ‘small economic miracle’. The consistent exploitation of its good location contributed to this, as did the stable legal system, the liberal economic policy and the favourable tax regime. Membership of the Swiss economic area is of particular significance, together with the adoption of the Swiss franc as the official currency.

Despite its small size, Liechtenstein has a varied landscape that stretches from the plain of the Rhine Valley, over hilly areas to craggy mountain peaks. Just a stone’s throw from industry and traffic, nature beckons in the form of an area to linger, relax and enjoy sporting activities. Each of the three types of landscape - the Rhine Valley, the Rhine Valley slopes and the Alpine region - has its own distinctive features in terms of animal and plant diversity.

Away from the transport routes the landscape is still largely intact, both in the valley area and the almost unspoilt natural environment of the Alpine region, making Liechtenstein an attractive holiday destination and popular for excursions. The range of leisure and sporting activities is extensive all year round, so there is something for all tastes and requirements.

Despite the smallness of the country, its cultural offering is abundant. Cultural diversity stretches from music, theatre and literature to art and traditional customs. The numerous clubs and associations in the villages, supported by the state and the municipalities, make a significant contribution to the cultural landscape. In the Kunstmuseum in the centre of Vaduz, Liechtenstein has created a cosmopolitan culture magnet, which stimulates cultural life at a national level and also draws enthusiasts from the international art scene.

Liechtenstein provides anyone who is interested in history with several museums, such as the Liechtensteinische Landesmuseum, the Walser Heimatmuseum and the Postmuseum. The Landesmuseum, which has the characteristics of a national museum, is not situated in a modern building, but rather in the former ‘Princely tavern’ which was joined to the Landesverweserhaus to create a museum building. The exhibits show the development of Liechtenstein, from primeval times, through cultural and religious history, right up to economic development.

On the sun terrace at Triesenberg, a Walser settlement, you can trace the migration history of the Walser people and the life of the mountain farmers in a Walser museum.

Liechtenstein’s postage stamps, which have been issued since 1912, are displayed in the Postmuseum in Vaduz. In the middle of the exhibition of all Liechtenstein postage stamps issued to date, the art of postage stamp production is also vividly represented in text and pictures. 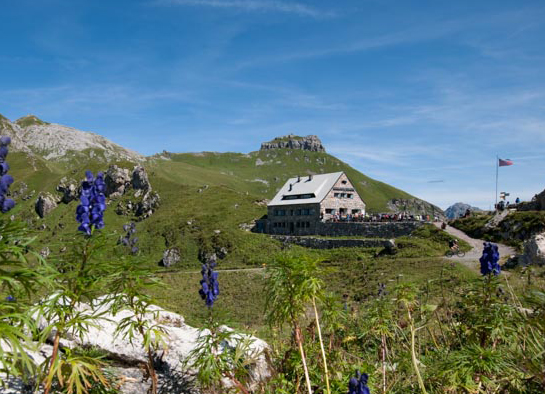